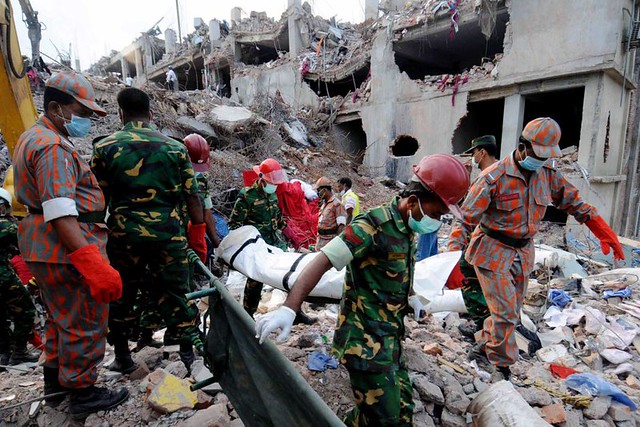 “We’ve seen significant progress in these areas over the past months but more must be done. Substantial progress on labour issues is important for Bangladesh’s continued preferential access to the EU market,” according to a statement issued by the Spokesperson of EU Trade Commissioner Karel De Gucht. On the first anniversary of the Rana Plaza disaster the statement further said, “On this day, one year ago, the collapse of the Rana Plaza factory building in Dhaka, Bangladesh took a heavy toll of more than 1,100 lives. The tragedy revealed serious shortcomings in the occupational safety and labour rights of Bangladeshi workers in the export-oriented ready-made garment industry. It had to be a turning point for safety and labour issues in Bangladesh.”

The EU, the International Labour Organisation (ILO) and the government of Bangladesh responded to the tragedy by launching an initiative known as the Sustainability Compact, joined by the US at a later stage. The Sustainability Compact outlines concrete commitments. The actions that stem from them lead to improved levels of occupational safety and health and promote responsible business conduct and greater respect of labour rights, with a particular focus on freedom of association and the right to collective bargaining.

The EU repeatedly expressed it’s dissatisfaction about slow progress in implementation of the specific and time-bound action plan of the Sustainability Compact over the last months.

The EU will have a full assessment of the Sustainability Compact’s achievements on its first anniversary in July this year. Bangladesh’s failure to live up-to it’s specific and time-bound commitment to improve levels of occupational safety and health and promote responsible business conduct and greater respect of labour rights, with a particular focus on freedom of association and the right to collective bargaining may leave the EU no option but to take “appropriate action”, such as limitation, temporary suspension or cancellation of the GSP in order to remain credible, most importantly to their citizens across Europe.