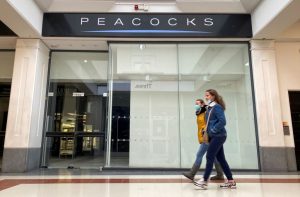 M.T. Sweater Limited of Bangladesh made sweaters for the British discount clothing chain Peacocks. Last September, they supplied sweaters worth ca. EUR 0.5 million, which the Peacocks received only last month after a long six-month delay. Additionally, EUR 0.55 million worth of ready-made and half-made garments for this buyer are now lying in the warehouse of M.T Sweaters, report the daily Prothom Alo.

Additional 28 garment factories in Bangladesh facing the same non-payment problem by Peacocks. They have made clothes worth millions of Euros and are now facing financial losses, threatening worker’s wages payment down the line at some point if Peacocks delays full payments further.

In the meantime, the Peacocks, which was part of the billionaire Philip Day’s Edinburgh Woollen Mill (EWM) Group retail empire, has been bought out of administration by Steve Simpson, the Chief Operating Officer of the EWM, backed by a consortium of international investors, primarily based in Dubai, where former owner Mr Day lives, though he will have no control of the retailer.

Members of the consortium have chosen to remain anonymous and the amount paid to save Peacocks has not been disclosed. Mr Simpson, who has been described as Mr Day’s right hand man, hopes to reopen stores once lockdown restrictions on non-essential retailers ease. He has no financial stake in the company but will lead the existing management team under a new firm, Purepay Retail, which will be funded by the international consortium.

Mr Day and his family do not have a stake in the consortium, or in Purepay Retail Limited. However, the consortium has agreed to pay the billionaire an undisclosed amount of money for the businesses, in installments, over the next few years.

Unsecured creditors, including landlords, suppliers (like the creditors / factories from Bangladesh) and the taxman, will lose out and are unlikely to get their money back, according to the Daily Mail.

Mr. Mizanur Rahman, Managing Director of the M.T. Sweaters, told Prothom Alo yesterday, “Sweaters worth ca. EUR 0.55 million are lying in my factory. Peacocks is not saying anything about when it will receive garments, whether they will take it at all or not.” 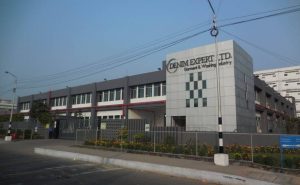 Factory owners, who have suffered losses by making garments for Peacocks say that it has canceled and suspended a large number of purchase orders unlawfully last year. They did not pay for the finished goods even though they were already shipped to the destination port. Peacocks is now asking for 50 to 60 percent discount on already purchased products.

Another supplier of Peacocks, the Denim Expert Limited is now in serious trouble by making 43,500 denim pants for it. Total outstanding amount to this company is around EUR 0.2 million, according to a LinkedIn post by Mr. Mostafiz Uddin, Managing Director of Denim Expert.

It is, however, not the first time that Peacock or its owner, EWM, canceled the purchase orders from several factories including the River Side Sweaters, Skyline Apparels, Southern Designers. The export value of the garment is more than EUR 0.8 million.

The Bangladesh Garment Manufacturers and Exporters Association (BGMEA) is working out the exact outstanding amount to 29 of it’s members. BGMEA President Mr. Farooq Hasan told Prothom Alo yesterday, “We will first discuss with Peacock to get the outstanding payments to our entrepreneurs. Every effort will be made to benefit both the parties. If the attempt fails, Peacocks will be prosecuted under international arbitration law. No concession will be given in this case. 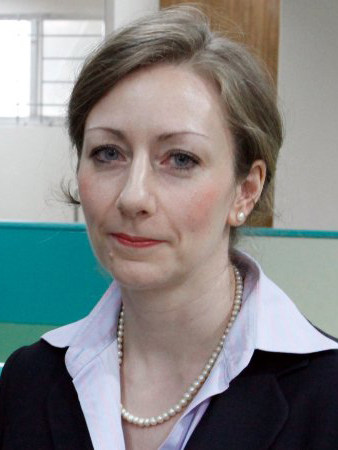 General Counsel of the Bangladesh-German Chamber of Commerce & Industry (BGCCI), Mrs. Ivonne Stein, a German lawyer said, “It is a good initiative by the BGMEA trying to bring parties together in search for an amicable resolution to the crisis.” But at the end of the day it is a commercial dispute, which requires appropriate legal process and proceeding to follow in order to establish claimant’s creditor’s rights first. Then force debtors to pay.

In most cases the creditors must follow not only the precise procedures but also do so within the respective deadlines in order to remain eligible for the claims and payment.

This applies not only to payment disputes but also QUALITY, SHIPMENT and COMPLIANCE claims as well. In such situation the victim would be well advised to consult experienced lawyers for legal advice at the earliest stage possible. Seeking advice from a lawyer does not necessarily mean to sue the opponent party immediately.

A good and  experienced lawyer would most likely advice and assist his or her client to settle the matter out of court by explaining the legal consequences of a full fledged litigation by managing the communication between the parties professionally and respectfully. Litigation or filing court case is usually the last resource in civil matters like commercial or trade disputes.

Even partial default of this gigantic amount, which may not be ruled out, is expected to have serious negative consequences on Bangladesh’s economy and society in case a certain number of factories are closed and many hundred thousand workers are laid-off on on a sudden on one hand and the banks, which funded those $8 billion trade finance will not go unhurt on the other. Therefore, the central bank of Bangladesh and other related authorities may be well advised to expedite realisation of all due export proceeds as fast as possible in order to avoid noticeable negative impact on Bangladesh’s economy and society.