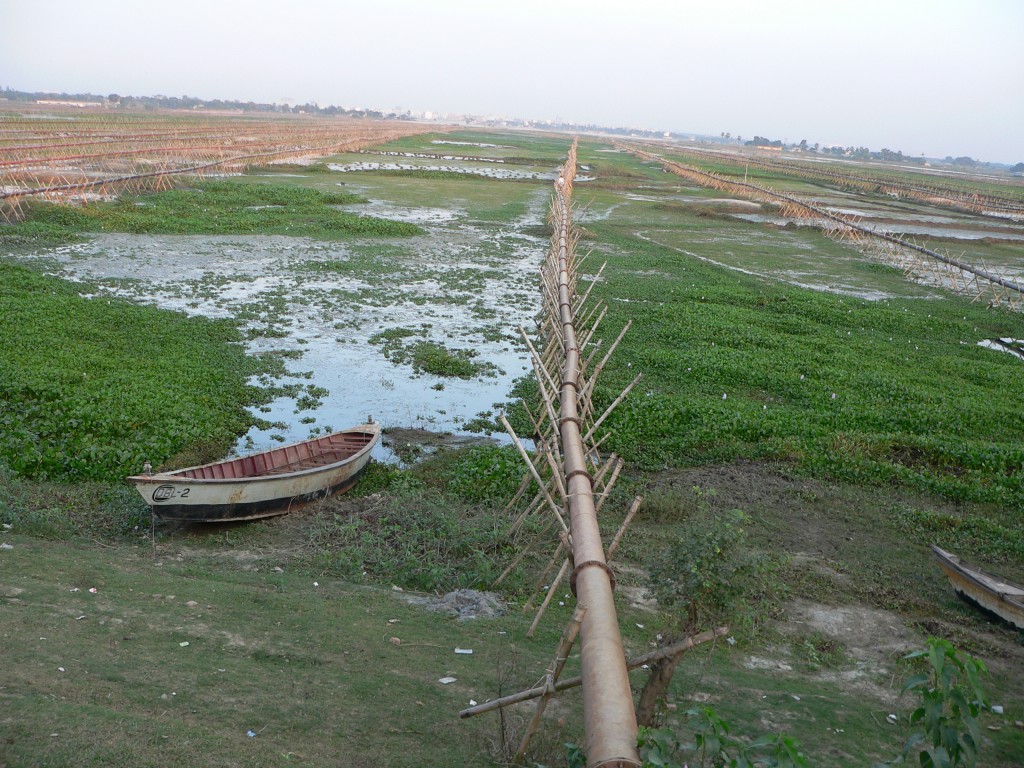 Real Estate Development and Housing Companies have destroyed more than 80 percent of the capital’s conservable floodplains and water retention, wetlands and flood flow zones, mostly in the last five years, as the government stalled implementing key recommendations of the Detailed Area Plan (DAP), intensifying flood and climate change vulnerability to Bangladesh, say experts. It is self-destructive, they further said.

One key recommendation in the DAP was reclamation of more than 2,500 acres of wetlands and flood flow zones and agricultural land from illegal housing scheme developers.

The DAP was finalised twice by technical experts and published in official gazette in June 2010, after a long struggle and much foot dragging.

But the government soon stalled the implementation of its major recommendations by making it subject to another “final review” by a seven-minister committee in the face of fierce opposition from real estate developers and lawmakers of Dhaka.

In the last three and a half years, the ministerial committee sat only thrice just to deal with realtors’ applications for approval of housing schemes that would alter the designated land use.

Finally, at the fag end of the immediate past government, the committee said it would leave the issue for the next government to deal with.

Mr. Md. Nurul Huda, chairman of Rajdhani Unnayan Kartripakkha (Rajuk) or Capital City Development Authority, the body tasked with implementing the DAP, said: “We could not go on with the major recommendations, as the seven-member cabinet committee did not give us any instructions.” 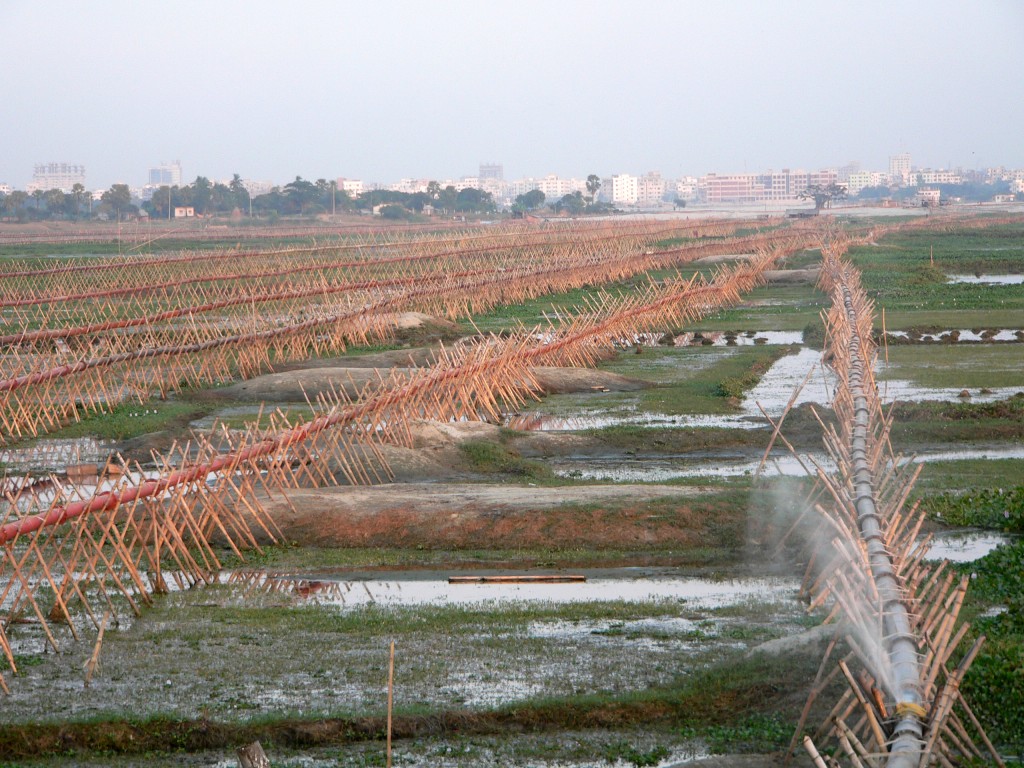 Prof. Jamilur Reza Chowdhury, head of the DAP technical committee, said real estate developers had filled up most of the wetlands and flood flow zones in the capital while the government paid only lip service to prevent it.

“As a consequence, an unsustainable future is awaiting Dhaka with floods and pollution,” he said.

Floodplains are essential for recharging underground aquifers, balancing temperature, and for agriculture and fishing while water retention zones are crucial for preventing floods, according to city planners.

Urban planner Mr. Khondaker M. Ansar Hossain, who was engaged in preparing the DAP, has estimated how much of conservable land has been destroyed so far.

It shows that 29 acres of wetlands and flood flow zones and foreshores of the Turag river at Jarun of Kashipmur in Gazipur were filled up during the seven years before the DAP gazette notification was published. Over the next three years, developers destroyed the entire conservable area by earth-filling 58 acres of land.

Only 10 acres of the flood flow zone was earth-filled along the Balu river in Kahetpara, Rupganj, until the DAP gazette notification. The volume of encroachment surprisingly shot up to 548 acres in the next three years, up to early last year.

The water retention areas in Beraid, more than 717 acres located by the Balu river, and 333 acres in Kahetpara, Rupganj, have been destroyed after the DAP gazette notification.

Water retention area near the Buriganga river at Katasur in Mohammadpur, approximately 683 acres, has also been earth-filled.

The DAP depicts every structure, lake, canal, wetland, retention pond, road, open space and all the topographical features of Dhaka’s 1,528 square kilometre area and is instrumental in controlling land use to ensure a planned capital city with conservation of wetlands and the environment.

The DAP reaches the end of its 20-year term next year. Rajuk has already started working on the new one.

Housing and Public Works Minister Mosharraf Hossain, contacted by this newspaper, said, “It is not appropriate to talk about such an issue over the phone. You had better come to my office.”

This correspondent made an appointment and went to the minister’s office for his comments. But after waiting there for an hour, he could not meet the minister, as he was busy with some other meetings at the time.