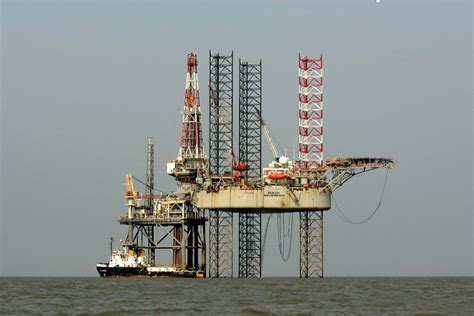 Bangladesh, globally hailed as a potential gas basin, has long been in the grip of an acute gas crisis thanks to lack of gas exploration initiatives, said experts. In the past 12 years, only 18 exploration wells have been dug with the discovery of four gas fields, according to the Bangladesh Oil, Gas and Mineral Corporation, also known as Petrobangla, reports the New Age Bangladesh.

The exploratory activities that were carried out during more than a decade are meagre when compared to neighbouring countries such as India and Myanmar, who keep discovering gas fields one after another. Geologists and energy experts view the government’s reluctance in exploring potential gas reserves, particularly in the offshore Bay of Bengal, an act of incentivising private business such as LNG import.

“Bangladesh is the least explored of the most prospective gas reserve in the world”, said Badrul Imam, honorary professor at the department of geology, Dhaka University. The international media  hailed the victories Bangladesh had over Myanmar and India in maritime boundary disputes in 2012 and 2014 respectively as an opportunity for oil and gas exploration.

The winning of an over 20,000 square kilometres area in the Bay of Bengal caused Bangladesh to change its offshore map, dividing the area into 26 new blocks. Only three of the blocks are currently under active exploration with no discovery of proven gas reserve so far. A multi-client survey in the offshore area was not even conducted, which is the first step to attract foreign companies to the expensive business of gas exploration.

“A multi-client survey could have ascertained whether or not we have gas potential”, said Professor Mohammad Tamim, who teaches petroleum and mineral resources engineering at Bangladesh University of Engineering and Technology. In the two rounds of international bidding called so far — in 2014 and 2015 — though the technical committees selected the same company for conducting offshore multi-client surveys the company did not get the job finally, he said.

International companies usually carry out multi-client studies for free in potential hydrocarbon-rich areas on condition of selling their data to potential explorers. Immediately after losing the maritime dispute with Bangladesh, Myanmar, based on a multi-client survey, awarded 20 offshore blocks, mostly in the Rakhine basin off the Arakan coast, south of Teknaf, to international oil companies by 2014.

At least four big gas fields have been discovered in the offshore Rakhine basin as Myanmar pursued aggressive exploration, doubling its proven gas reserve to 23 trillion cubic feet in 2017 from 10tcf the year before. Some of the gas fields have similar geological structures shared by Myanmar and Bangladesh.

India has made similar discoveries in the Krishna-Godavari basin off the Andhra coast south of Bangladesh, especially after 2000. Deltas are globally considered potential gas provinces because of the deposits of vast volumes of hydrocarbon carrying sand and mud, said experts.

The American Association of Petroleum Geologists also find deltaic sedimentation favourable for forming gas reserves as proved in the Niger Delta, the Mahakam Delta, the Caspian Sea and the Maracaibo Basin.

As Prof. Imam said, there is no way around a continuous exploration to get hands on natural resources buried deep in the ocean or earth. Many countries spend decades on the search perforating every potential point before coming to the conclusion that any given area is devoid of natural resources, he said.

A decade later, the gas reserve is said to still stand at 15tcf generating once again a similar apprehension that it would exhaust in a decade. In 2017, Petrobangla estimated its gas reserve to be 13tcf with the government repeatedly warning that its reserve was depleting and would run out soon. “There is no reason for believing that the gas reserve is depleting. We are being fed propaganda to keep open the LNG import opportunity”, Prof. Imam.

Natural gas had been the main source of energy for Bangladesh for decades until recently when it began importing LNG, in 2018, which is estimated to cost BDT 28,000 crore or EUR 280 million annually if consumption hits 1,000 mmcfd.

Despite complete reliance on natural gas, Bangladesh’s exploration has been focused mainly on onshore areas, particularly in its eastern zone where most gas fields have been discovered. Still, half of the potential places in eastern Bangladesh remain unexplored. In the 1980s, the entire country was divided into 23 blocks most of which lay unexplored, except for only partial exploration in the districts of Dhaka, Tangail, Khulna and Barishal.

“The government alone cannot step up exploration activities without the private sector stepping in to supplement the government efforts as it did in power generation and LNG import”, said Mr. Mohammad Ali, Managing Director of the Bangladesh Petroleum Exploration and Production Company.

Over the five decades since independence, Bangladesh drilled about 100 wells, mostly onshore, whereas India drilled 545 wells in 2017–18 alone. The ambitious government project for drilling 108 wells between 2016 and 2021 ended up digging only eight wells so far. From 26 onshore gas fields Bangladesh’s current output hovers around 2,700mmcfd against the demand for 3,300mmcfd.

About 60 per cent of the gas produced daily is extracted from fields managed by international oil companies (IOC). Four of the 18 wells dug since 2009 have been drilled by IOCs. Even limited exploratory activities are often marred by corruption and irregularities. IOCs spend twice as much Bapex does in drilling a well.

“The IOCs are given work without competitive bidding while Bapex sits almost idle”, said Prof. Shamsul Alam, Energy Adviser of the Consumers Association of Bangladesh.