The European Union (EU) authorities include Bangladesh to the high-risk countries in terms of operating direct cargo services to the EU, according to the Civil Aviation Authority of Bangladesh (CAAB). 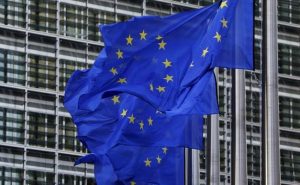 The decision, effective from 1st June, however, applies to the direct air cargo only meaning from now on all air cargo require re-screening at a third airport en route to an EU airport. “A key point is that the whole scheme is the responsibility of the carriers [airline companies, Biman being one of them], not of the official services,” said the EU Ambassador to Bangladesh Pierre Mayaudon. “Screening for explosive can be done at the point of departure [Dhaka] or at any point of transit [Dubai, Doha, Istanbul, etc]. “Carriers have to be compliant with EU regulations in order to be allowed to take cargo into the EU, he further clarified.”

Last year, Australia, the UK and Germany termed Bangladesh a high-risk country and imposed a ban on direct cargo flights citing poor security at Hazrat Shahjalal International Airport, the country’s main international airport. Of the three countries, Germany is the second largest apparel export destination for Bangladesh with garment items worth $4.66 billion exported to the EU country in 2015-16, according to data from the Export Promotion Bureau of Bangladesh.

To get it’s name dropped from the list, Bangladesh first has to ensure screening through bomb detection dogs or equipment before loading goods in aircraft, sources quoted the EU envoy as saying at the meeting. Aviation sources say none of the two security measures have been adopted at Shahjalal airport as of now.

Pierre Mayaudon further informed the CAAB chief that the EU would send it’s aviation security team for inspection if Dhaka introduces necessary security equipment at the airport and informs them about it, according to the director of Shahjalal airport, who was present at the meeting. Before informing the EU about the step taken, Bangladesh, however, will have to get clearance certificate from the International Civil Aviation Organisation on successful setting up of explosive detection system.

Apart from Bangladesh, 12 countries are on the high-risk list, sources said.

Officials at the CAAB and the civil aviation ministry ruled out the possibility of any adverse impact of the EU restriction. The President of Bangladesh Fruits Vegetables and Allied Products Exporters Association, SM Jahangir Hossain, however, said the news came as a major blow for them as export costs will increase significantly besides shipment delay due to the mandatory re-screening at a third airport en route to an EU airport.

Siddiqur Rahman, president of Bangladesh Garments Manufacturers and Exporters’ Association (BGMEA) said that he was still unaware of the EU move.

“If it [restriction] happens, the consequences will be serious,” he said. “Double checking of our cargo will push the cost and shipment time up.”

As Bangladesh has no deep-sea port, it’s lead time for export to the EU and the US is 10 and 15 days linger respectively than that of China and India, two main competitors, he added.

Of the $18.68 billion, $17.15 billion came from apparel shipments. The EU currently accounts for over 60 percent of all Bangladesh’s garment export receipts a year.